However, data on the Department of Housing and Local Government (KPKT) website last week indicated otherwise. A total of 198 abandoned private housing projects have been registered in Peninsular Malaysia. Some were as old as 1997 while the new ones were declared by the Minister as “abandoned” no later than November 6, 2019.

You can check “Senarai pemaju projek perumahan swasta terbengkalai sehingga 31hb Ogos 2021” on the KPKT website at www.kpkt.gov.my. This list does not even include projects abandoned by the government or its agencies.

The question is, why the big disparity? Has anyone downplayed the numbers or was this a real mistake?

It should be noted that these statistics do not even include those “not declared” by the minister who remain inactive in the categories “projek sakit” (sick projects) and “projek lewat” (delayed projects) which are almost three times the figures of abandoned.

Stories of developers falling “into trouble” and becoming unable to continue with their housing projects are nothing new.

The grave injustice to innocent home buyers is that they end up falling victim to abandoned housing projects. It’s a traumatic experience to have put all of your savings into owning a home, only to find the house will never be completed, and worse yet, you still have to pay off the bank loan.

In fact, there is no solution to abandoning housing projects. We just need to prevent that from happening. Could preventive measures be adopted and enforcement measures organized to avoid future abandonments?

Although the majority of developers have kept their delivery promises to homebuyers, there are still “bad apples” who reneged on their commitments when they abandoned projects.

There are tens of thousands of unlucky buyers who are faced with these failed dreams. They bought housing projects which are then abandoned by the developers.

Not just homebuyers who are hurting

Not only are home buyers suffering. The banks and the government also get the sparks. The devastating effects are as follows:

1 The home buyer still owes the bank the amount that was withdrawn and paid to the dishonest developer.

2 The home buyer must continue to provide the home loan service partially used or at risk of being blacklisted by Bank Negara Malaysia and the check banking system.

3 If blacklisted, the possibility for the borrower to contract another loan is null

4 The buyer must continue to pay for his rented house because the dream house he bought has turned into a nightmare.

5 The government faces the wrath of the victims of abandoned projects for allowing such a dangerous and absurd system to exist and for not being able to help them. (Remember that the contract of sale and purchase is a legal form of government where no words can be changed by the buyer or the seller.)

6 The bridge bank suffers from the fact that it must hold collateral (the plots of land on which the houses are built) which have fragmented with multiple load holders (the final financing banks). It becomes practically impossible to cash in to recover your exposure.

7 The final financing bank suffers from the fact that the purchaser does not obtain his home and is therefore not likely to be able to repay his mortgage. Worse, the unfinished house has no cashable value.

8 The government is also facing the angry Malaysian rakyat for using so much taxpayer money to try to revive some of these abandoned projects, which are in fact business failures. This creates a situation of “privatized profits, nationalized losses”. 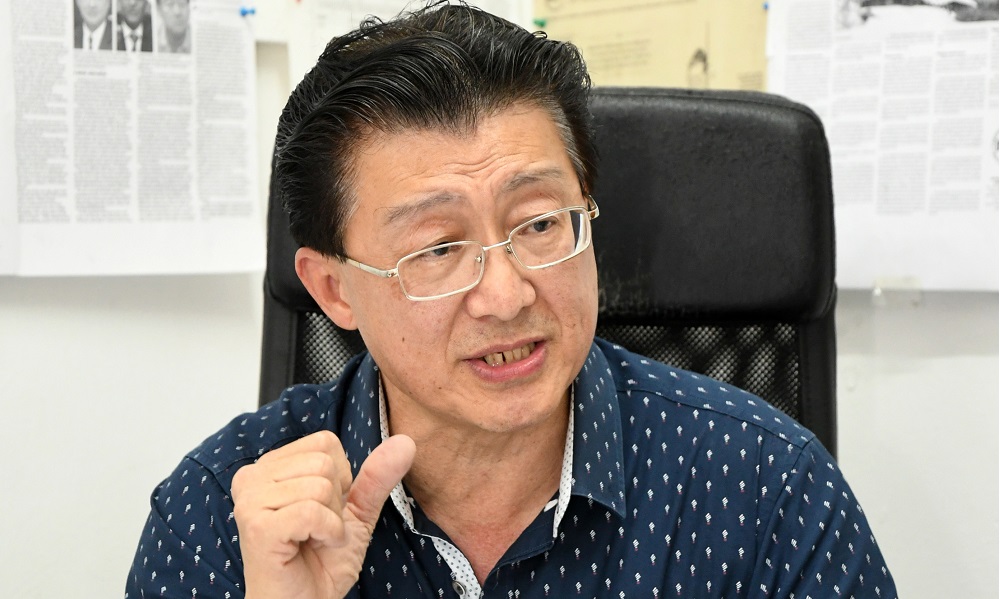 A system that keeps buyers in anxiety

In the current system of sale and then build, in order for home buyers to get the homes they have purchased, the following conditions (completely beyond their control) must be met:

1 The developer is acting in good faith.

3 The developer is professional and honest, and does their best (with good administrative sense) to complete the project.

4 The developer does not have other problematic business ventures into which the money raised from home buyers can be diverted to solve their other problems.

5 They are lucky and their project is successful.

6 There is no such thing as a drastic economic slowdown.

The sad truth is that failure to comply with some or any of the above will result in problems for the hapless buyers involved. This is what tens of thousands of buyers have discovered, although too late! Along with their dependents, we watch the hundreds of thousands of people who continue to suffer in silence.

The devastation to victims of failed housing projects is a widespread national problem. Look at the number of housing project abandonments and the number of buyers affected and left behind to fend for themselves. It’s not just unfair; it is downright unacceptable and disgusting.

How can we expect those directly faced with such situations to digest them while these developers get away with it? And yet, we pride ourselves on being a caring society with a caring government!

An average worker who buys a house has no intention and expectation of being involved in any form of litigation or of being forced to seek redress from the Housing Court and the courts to assert their legitimate rights.

Buying a home is the most valuable investment the average man can make. It is indeed very cruel and unjustifiable when such a noble intention turns into a living nightmare.

And this is the main reason the government must pass laws in its supposed attempt to “protect” homebuyers. Yet looking at the number of abandoned projects and the number of homebuyers involved who are suffering varying degrees of financial hardship, we assume that no legislation would totally eliminate these problems propagated by wayward developers. The construction industry is like any other business and is not excluded from business risks.

Unfortunately, no legislation can guarantee the success of a housing project; or, for that matter, any commercial enterprise. And since the success or failure of a housing project cannot be guaranteed by either party, is it not fair that the population expects the government to institute a system that completely isolates, or in a to a large extent, home buyers of these business risks? and uncertainties?

KPKT equipped but not active

Today, due to the system prevailing in the housing industry, home buyers face serious risks when making purchases. Indeed, even car buyers have more protection than home buyers. Has anyone ever heard of someone who bought a car and never had the car?

Therefore, now more than ever, we need everyone in Malaysia, whether they are political leaders, legislators, government officials, real estate developers or the business community, to practice good governance and responsibilities. moral.

This is of paramount importance, so that the interests of current home buyers, their children and their children’s children are adequately protected. We are fed up with the nonsense of abandoned housing projects.

But what went wrong? Why are abandoned private housing projects still littering the nation’s skyline, both on the Peninsula, Sabah and Sarawak? It doesn’t even take into account abandoned public projects at both the federal and state levels.

When will the toothless but fanged tiger wake up from its sleep and pounce on its prey to sow fear in those who try to play with it?

This story first appeared in the EdgeProp.my E-weekly on 22 October 2021. You can access back issues here.

Get the latest news @ www.EdgeProp.my

Subscribe to our Telegram channel for the latest stories and updates