Continuing struggles with engine supplier Honda in 2017 left him facing performance and reliability issues, and he finished the campaign in ninth place in the standings for the second time in three years.

His transformation since then has been remarkable, and his 1-2 clash at this year’s Italian Grand Prix has helped him already earn more points this season than any campaign in the turbo hybrid era.

But while much of the credit for McLaren’s resurrection as a competitive force has been given to Chiefs Zak Brown and Andreas Seidl, the reality is that final responsibility for the results lies with its technical department.

Because without the drivers having a car that is competitive enough, there is nothing they could do to bring home the kind of results that are the norm today.

Responsibility for the automotive legwork McLaren has taken in recent years rests with technical director James Key, who joined the team in 2019.

Since then he has worked hand in hand with Team Boss Seidl, Race Director Andrea Stella and Director of Operations Piers Thynne to transform the Woking-based team.

Perhaps most interestingly, the key to the progress since then is that it wasn’t just about hiring better staff to design faster auto parts.

Instead, as Key revealed, the biggest change in terms of the car’s progress came from a mindset change triggered by a reset that Seidl triggered.

Reflecting on the elements that he believed helped McLaren produce a winning car, Key explained: “The team was absolutely open to change. It was things like integrating our groups more.

“Looking at the car as a whole, rather than the individual functions, was something that I noticed was different from what I was used to. I felt that it probably didn’t help anyone really understand their role anymore. wide in the design of a car.

“So it opened up the process a bit more, so that we had one project rather than several projects and we were trying to converge into one.

“It was also being very open with things, and cultures of blame, etc. It wasn’t that they were necessarily a problem when we arrived, but we certainly didn’t want to have them at all. were therefore free to speak and tackle issues in a very mature and open manner.

“Plus, it was goal setting, which was definitely missing. We needed a plan for what we’re trying to accomplish.

“And while there were the kinds of individual goals in some areas, there was a need to bring them together, again, in the sense of a car as a whole.

“So I think culturally there was definitely work to be done just to try and reset the way we want to work.”

The deep dig into McLaren’s competitive situation at the time led to the conclusion that the team needed a new wind tunnel and a simulator – facilities that are currently under construction.

And there was no fear in being prepared to check out the opposition, to understand and accept the areas where the rivals were doing things better.

Key added, “The process itself, I guess, was kind of taking a step back and looking at what the car’s weaknesses were and where we needed to improve.

“So we did a lot of competitive analysis. We’ve tried to figure out exactly what we’re good at, what we’re not so good at, and why is that so? Is it a methodology? Is this the equipment we have? Is this our knowledge?

“Those were all really fundamental questions. And then we kind of built it up from there and gave ourselves a very clear goal.”

Key is clear that there wasn’t a sudden eureka moment that produced a dramatic step forward with the car. Instead, it’s the classic marginal gains that prove so effective in modern F1.

“It was step by step, trying to address those weaknesses, hang on to our strengths and build a much more complete package. It has been a process. 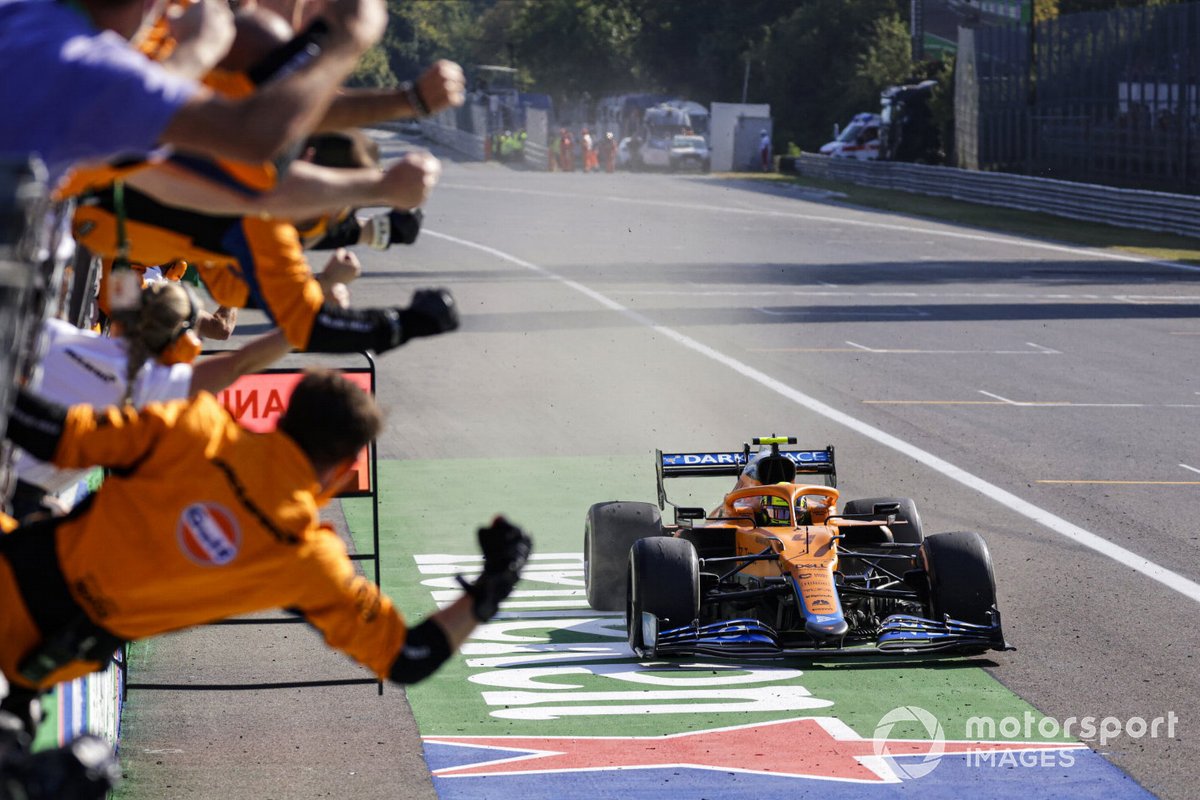 “It started with 2019, which had already started before we got there with the 2019 car, and to develop that in a way that is conducive to a new stage and 2020.

“Obviously we had the approval and COVID and other things that kind of interrupted the process, and then to some extent the same thing again in 2021. So that was a pretty holistic approach.

“I think there wasn’t a thing you were going to think about, okay, the gearbox has to look different or something. It was more of a kind of approach. ‘a great car that everyone had to sort of grab hold of and then work together to solve.

But, despite the tremendous progress made since those dark days a few years ago, there is no sense that the team’s journey is over.

For Seidl, winning again is a great feeling, but there is still this gap with Mercedes and Red Bull that needs to be closed.

“When you see for example the average lap time deficit that we still have throughout the year compared to Red Bull / Mercedes, we have a realistic picture of the current situation,” he explained.

“We know we still have a good way to go, but at the same time we are obviously ambitious. We want to shorten this trip.

“We know there are some things that we can’t shorten, like setting up the wind tunnel, which will also be the key to our journey. But I’m very happy with what I’m seeing in terms of the development of the team.

“I am very happy with the way James, Andreas and Piers are leading the departments not only technically, but also in terms of human leadership. It is for me the key to taking the final steps also in the years to come.”