At first, I was delighted to see that city council was taking action to fix our faulty municipal waste management system.

But reading the text of the bill to create a new Zero Waste Commission for Baltimore, I was shocked to see nothing about what is really important, which is the phasing out of waste incineration.

Instead, Bill 21-0075 only prioritizes ending the practice of sending waste sent to landfills by 2035. In its first year, the commission must produce a plan to achieve this goal.

In the meantime, the bill gives special status to Wheelabrator Technologies, the operator of the polluting waste incinerator BRESCO. In fact, it is the only private waste company to be represented on the proposed commission.

Sadly, the only thing the proposed commission seems designed to do is spend another year (or more) producing another plan, as city life continues to be cut short by the toxic air we breathe.

Without meaningful goals, sources of funding or a timeline for action, this is the formula for a lot of discussion and no change.

As a resident of the southern Baltimore neighborhood in Lakeland, I spent my entire 16 years between two grim landmarks – the city’s worst air polluter, the BRESCO incinerator, and the second largest methane emitter in State, Quarantine Road Landfill.

This huge pile of emissions that motorists see from I-95 south of downtown spews nitrogen oxide (NOx), sulfur dioxide, formaldehyde, mercury and more every day. substances harmful to health.

This pile is about three kilometers from my house.

Due to City Hall’s continued choice to rely on burning and burying, my neighbors and I are more likely to develop asthma, lung disease, and other medical problems.

I see these real-time health issues plaguing many of my classmates already. These are children who use inhalers and cannot fully participate in active sports.

The neglected communities of southern Baltimore are no longer willing to welcome these monuments to environmental injustice. That is why we have taken action.

The BRESCO waste incinerator in Baltimore dominates the midstream.

Over the past few years, some of my proudest moments have come from working with other young people and community members to change this waste management system, so that we are the last generation to grow up with it.

We were deeply disappointed last year when city leaders, who spoke of a good game, chose to renew Wheelabrator’s contract for another decade. (The New Hampshire-based company recently rebranded itself a name: WIN Waste Innovations!)

Nonetheless, we remain optimistic and committed. Together, we have already created the city’s first Zero Waste Plan and have been working to implement it ever since. Our systematic approach calls on the city to:

None of these pieces are easy, but for us, this approach gives us a chance if we all work together to solve the magnitude of the problem. 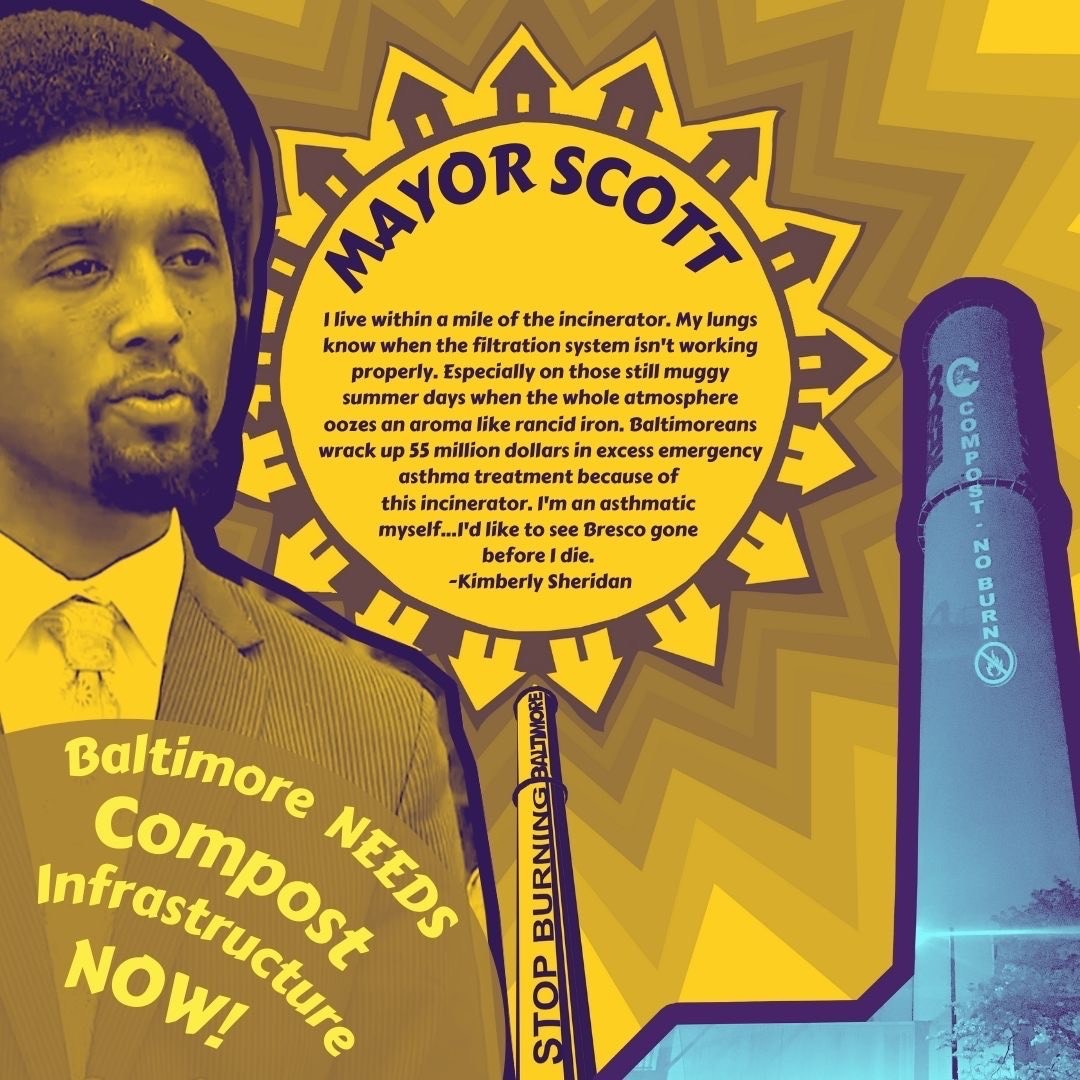 Here’s the thing: creating a mandate or setting a big goal in a plan is important, but doing it without the means to pay for it gets us going in circles.

As residents, we lose confidence in our elected officials when plans or commissions are created but not given a real chance to function.

I’m only 16, but I’ve been through this cycle of creating another shot for the same purpose several times.

• Do our elected officials today have the courage, faced with this local waste crisis and the global climate emergency, to demand that large waste producers like Amazon pay their fair share?

The models for doing this exist. Our leaders cannot say they are for Zero Waste without offering their ideas on how to pay for it.

• Will our leaders take the steps we already know are needed to get Baltimore ready to abandon BRESCO when its contract expires in a decade?

• Will they join the thousands of residents who are already trying on their own to build a local composting infrastructure run by the community and creating new local jobs?

We already know that it’s possible to take 40% of the food scraps and organics Baltimore burns and bury and turn them into nutrient-rich compost to grow local foods.

I caught compost fever the first time I got my hands on “black gold” from Marvin Hayes and the youth-run Baltimore Compost Collective.

Since then, I can’t seem to get my mind out of the piles of leftover food in my school cafeteria being processed to feed the soil that another mentor, Eric Jackson of the Black Yield Institute in Cherry Hill, could use to grow fresh fruits and vegetables. .

For me, it’s the leaders who are doing it now. This is the kind of leader that I strive to become. Their efforts which should be intensified and made normal instead of the BRESCO fireplace in the backyard of my community. 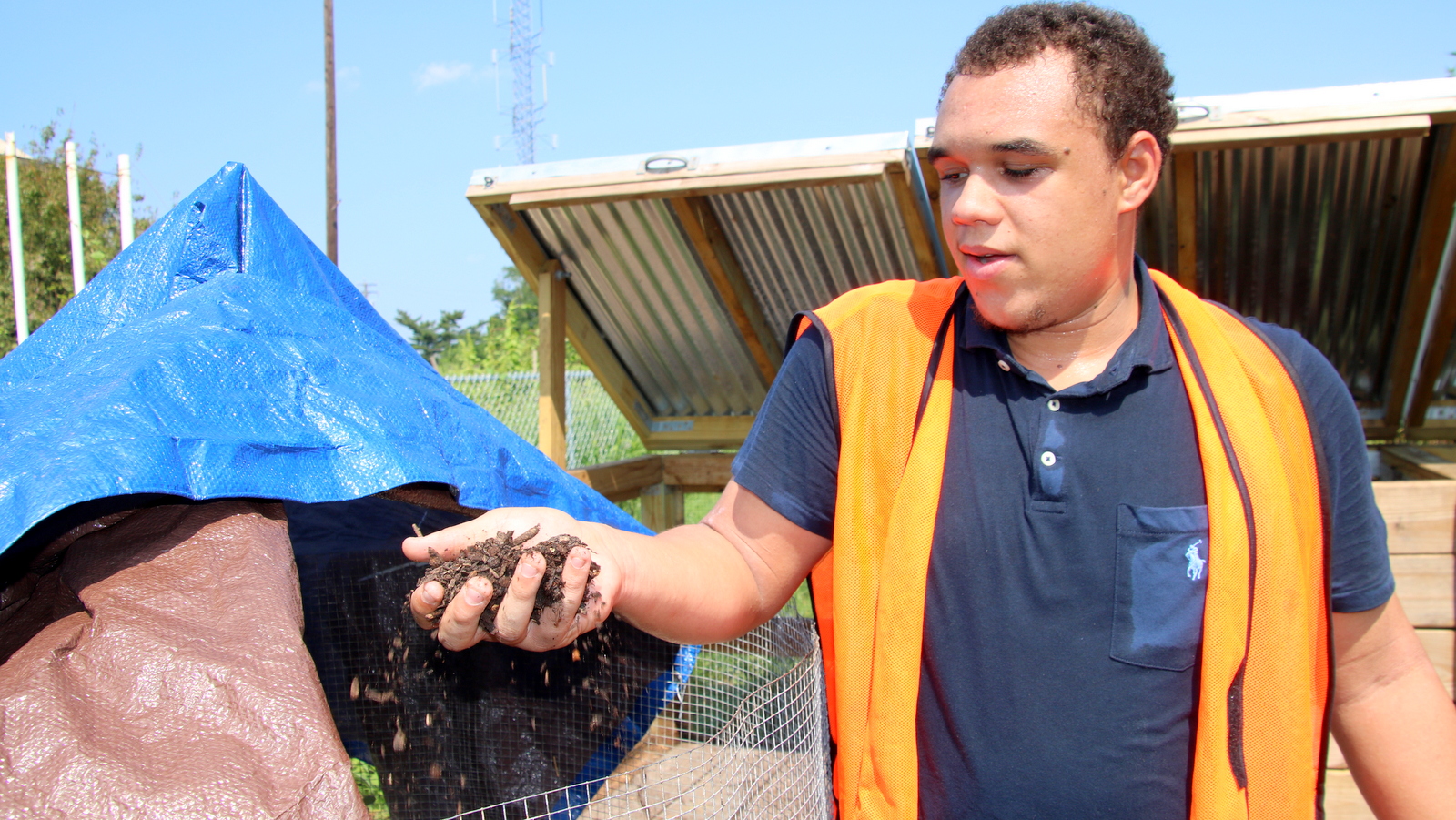 Instead of a new commission producing another plan, let’s focus on the public and private municipal entities that we already know to be big waste generators and encourage them to participate in community composting and real recycling.

I am working on creating this choice in Baltimore City schools and I invite you to join the effort. No institution can do it alone.

But I’m encouraged because I think Baltimore has what it takes to get started – great strategies and an enthusiastic, well-organized community. We urge our leaders to act now and not to divert responsibility from another level of bureaucracy. We cannot afford to delay this any longer.

• Carlos sanchez is a junior at Benjamin Franklin High School. He can be contacted at [email protected]