A patient arrives outside Maimonides Medical Center, as the spread of coronavirus disease continues in Brooklyn, New York, the United States, November 17, 2020. / Reuters

A patient arrives outside Maimonides Medical Center, as the spread of coronavirus disease continues in Brooklyn, New York, the United States, November 17, 2020. / Reuters

Editor’s Note: Bradley Blankenship is an American journalist, political analyst and independent reporter based in Prague. The article reflects the views of the author and not necessarily those of CGTN.

The US Senate passed its version of the $ 1.9 trillion Biden stimulus package on March 6, which includes several programs that put money directly into people’s hands, namely $ 1,400 in direct cash payments, $ 300 in weekly unemployment benefits during the summer and $ 3,600 in family benefits. While this will likely lead to increased consumer spending in the short term, can we expect consumer spending to keep pace once the country achieves collective immunity?

A lot of people seem to think so, and there is at least some precedent to build on. Through just about every major economic crisis the country has faced, pent-up consumer demand seems to be unleashed in the end. But this way of thinking fails to appreciate exactly how unique the current economic crisis is and how unique the response to it has been.

He made the rather convincing argument that we should not expect to see a “pent-up demand” when that demand has already been exhausted.

Whereas in past crises, consumers have cut back on their spending. This time around, people received enhanced federal unemployment insurance that was often more than the pay they received at their job in addition to direct stimulus checks. This means that people had the money, and were strongly encouraged, to spend that surplus on goods.

On top of that, millions of people are still forborne from their mortgages, federal student loan payments have been suspended, and eviction bans have been imposed, so people don’t have to worry about it. rent – for now. The wealthy have also seen the value of their assets skyrocket due to the Fed-fueled bull market, making many feel safe to spend more. All of this equates to more money flowing through the consumer economy. 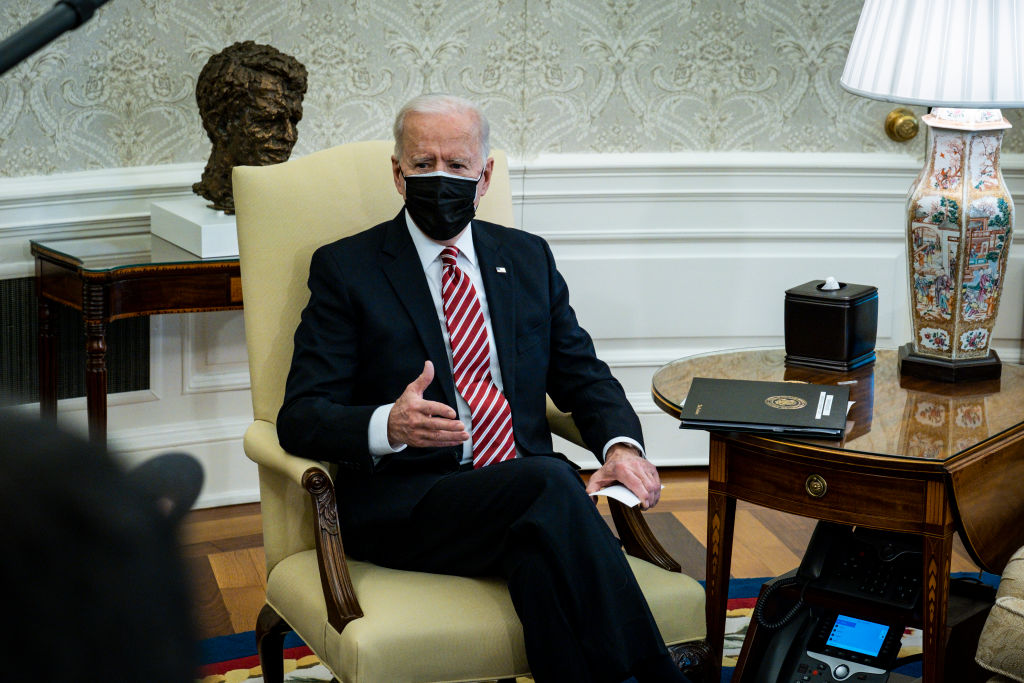 US President Joe Biden has met with union leaders to discuss and promote his $ 1.9 trillion coronavirus economic stimulus package. / Getty

US President Joe Biden has met with union leaders to discuss and promote his $ 1.9 trillion coronavirus economic stimulus package. / Getty

But what happens when the United States moves closer to collective immunity from COVID-19, starts to return to normal, the stimulus money disappears, the bills reappear, and the Fed potentially raises rates? ‘interest? Well, it’s safe to say that people aren’t going to splurge on consumer products because they’ve probably already bought these things anyway.

In contrast, consumer spending on services has been reduced due to COVID-19 and its corresponding restrictions. Consumers have not been able to spend money on services, like travel and entertainment, because of everything that has happened. True, people are eager to go out and spend, but services differ in that it would be difficult to see this “repressed” as the demand for goods.

After all, would someone go out to a restaurant and order two meals instead of one each time for a year due to pent-up demand? Would anyone get their hair done more often to make up for missed appointments during restrictions?

I realize that I might be bracing myself here for a joke in the future when viral content is released on people who go too far in clubs or restaurants once things reopen, for example, but for the general public, the answer is probably no. The damage to service sector industries will be long-lasting, if not permanent.

All of this speaks to the much larger fact that the problem for the U.S. economy has not only been the coronavirus, but rather that the coronavirus has simply exposed the structural problems in the economy. Yes, federal stimulus packages were needed to keep whole people through this mess; they have been a lifeline for the real economy – but they are not sustainable under the current regime.

So the real thing policymakers need to do now is not start shaking champagne bottles when the country hits collective immunity and opens up, but find a way to keep consumer activity high. sustainable level. This is going to be a serious challenge for the base in Washington.